The 7 Best International Cars of all Time

Across the globe, so many great cars are being created by great automotive brands, with new technologies and great inventions inspiring new generations of cars, continuing to push the boundaries of what we can achieve.

Whilst our small island of Great Britain has produced some of the best cars to grace the planet, internationally some unbelievable productions are being made. Whereby, the likes of Italy, Germany, France and the USA dominate in terms of the best automobile productions.

When it comes to the best cars, many factors come into play; performance, visual beauty, innovation, historical importance amongst others. So taking all of that into consideration, here are our top 7 international cars of all time. 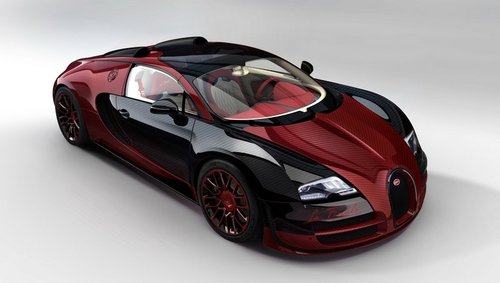 The birth of the Bugatti Veyron was not an easy one, coming to be due to the then Volkswagen chairman Ferdinand Piëch having a dream, that dream being to provide the world with a car that had mind boggling performance. To begin with the brief seemed impossible, but not in Piëch's mind, and thus he created the incredible Bugatti Veyron- boasting over 1000bhp, 267.8mph top speed and the first million pound car. On top of all this the Veyron was named "Car of the Decade" by BBC programme Top Gear- quite the endorsement!

The iconic Bugatti Veyron was the fastest street legal car for some time, with the Super Sport model having a top speed of 267.8mph.

However, in April 2013 the controversy began as the Hennessey Venom GT claimed it was entitled for the Guinness World Record, although upon first testing it peaked at 265.7mph-2.1mph slower than the Veyron. Hennessey then dismissed the Bugatti Super Sport’s record claiming it was not in a state of tune available for customers, thus not making it the fastest street legal car.

After discussion by Guinness World Record officials the Bugatti’s record was voided whilst the Hennessey Venom GT retried for the record, reaching 270.49mph, making it faster than the Veyron.

Another twist then came about as the World Record attempt requires 2 runs in opposite directions to average out wind effects, and then Hennessey only went in one direction meaning its record also became void.

The Bugatti Veyron’s  267.8mph record later allowed to stand after Guinness World Records were now satisfied that the original change to the speed limiter did not alter the fundamental design of the car or its engine, making it the fastest street legal car once again, well, at least the proven fastest. 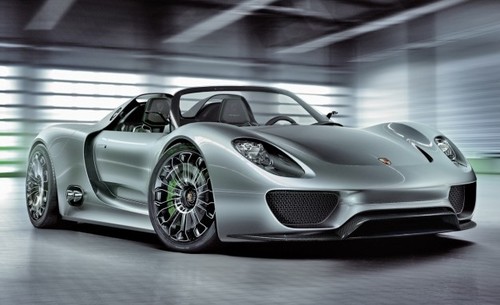 Described by Porsche themselves as "a car that takes the technical capabilities of hybrid to the limits of what is possible", the 918 represents the maximum of Porsche's huge expertise.

This masterpiece seamlessly blends cutting edge hybrid technology and highly skilled motorsport engineering to create a road car which delivers a great balance of performance and efficiency. This balance also transpires to the feel of drive, capturing the special experience of driving a hypercar, without the feel of being intimidated.

The Spyder is powered by a naturally aspirated 4.6 litre V8 engine, developing 608 metric horsepower, which when boosted with the two electric motors can reach an output of 887 metric horsepower. Not too shabby! 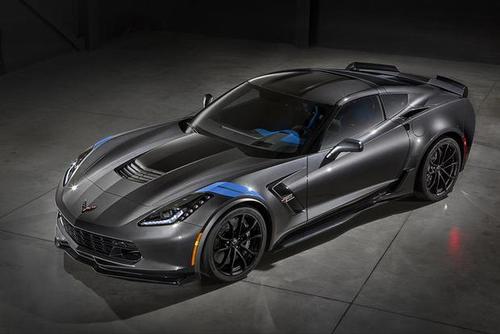 Chevrolet's seventh generation Corvette was introduced in 2014, the first to bear the Corvette "Stingray" name since the 1968 third generation model, a creation which assured the Corvette its rightful place in the automotive hall of fame.

The C7 has a lightweight aluminium frame, carbon fibre panels and direct fuel injection- something which broadened the horizons and ambitions of the C7 model. An integral part of the C7's character comes from the 6.2-litre V-8 making 455 hp and 460 lb-ft of torque.

The only hassle for UK drivers is this beauty is a left-hand drive only, so you'll have to get used to looking out over a plain of bonnet. 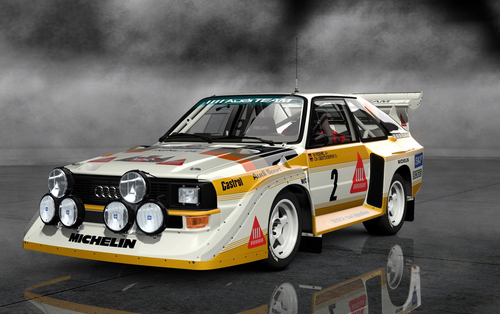 For many rally fans, the Group B era still represents the pinnacle of the World Rally Championships, a four year period from 1982-1986 when cars were allowed unlimited amounts of boosts. Rallying came close to rivalling Formula One in terms of popularity based upon this.

So when it comes to game changers within rallying, nothing comes close to the scale of  the Audi Quattro. It is quite simply the most important rally car of all time. The Sport Quattro S1 E2's  2.1 litre engine produced 307bhp, helping it reach 60mph in only 4.8 seconds. That kind of acceleration is respectable now, let alone back in 1984!

The S1 E2's huge wings and primordial timbre of the car's five cylinder engine made it what is it. Pure. Rally. Heaven. 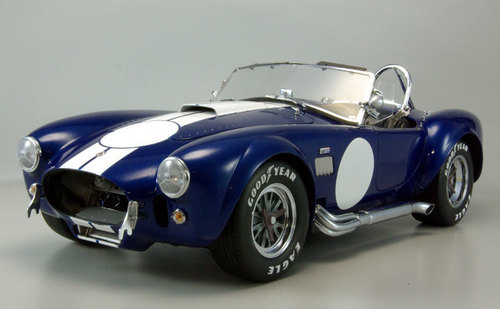 Considering only 998 true Cobras were ever made, the iconic status of the Shelby Cobra cannot be understated. Arguably one of the most recognisable cars in the world, although this may be partly down to its extensive back catalogue of appearances within film and television.

When US racing driver turned entrepreneur, Carroll Shelby took a pretty British sports car in the AC Ace and added a powerful Ford V8, he created something special, something really special. A fearsomely fast car that dominated racetracks and terrified road-tests, the AC Shelby Cobra was a car which no doubt revolutionised the sports car market.

Had Shelby not squeezed the high performance V8 into its engine bay, as well as the Cobra the likes of Shelby American or the GT40 would never have come to fruition. 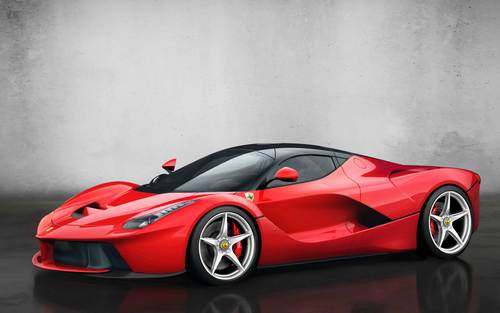 Whilst the Ferrari F40 is undoubtedly amazing, the LaFerrari is quite simply the most evocative hybrid hypercar ever created, the LaFerrari drives like the best Ferrari ever made. The utterly ridiculous V12 engine has 9000rpm which will literally make you weep with joy. Ferrari states that the car has a top speed of 217mph, reaching 62mph in under 3 seconds. Add to that the fact it provides the highest power output of any Ferrari whilst also decreasing fuel consumption by 40% and you will understand why it made this list. As well as its performance, visually the LaFerrari can compete against any car in my book, with its almost spaceship like appearance. 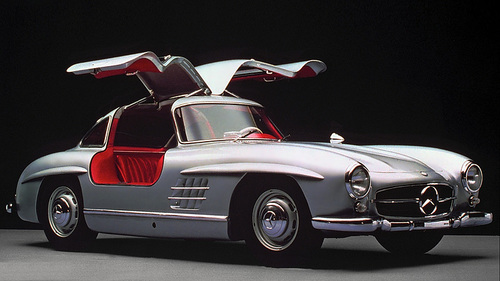 The 300SL became an immediate hit in the 1950's and today is considered iconic. It's "gullwing" doors were revolutionary in terms of design, being the first car to use this, something which inspired a whole generation of modern cars. The reason behind the design was this was the only door design that would fit the new tubular chassis.

It was also the first ever production fuel injection, not to mention it had the fastest top speed at the time, hitting 160mph at a time when 100mph felt a stretch. The 300SL is considered the first ever "supercar".